How To Overcome Approach Anxiety

Feeling uncomfortable around others is one of the most common problems people have to contend with.  The National Institute of Mental Health estimate that approximately 15 million American adults age 18 and over, or about 6.8 percent of people in this age group in a given year, have social anxiety.  (http://www.nimh.nih.gov/health/publications/the-numbers-count-mental-disorders-in-america/index.shtml#Social) 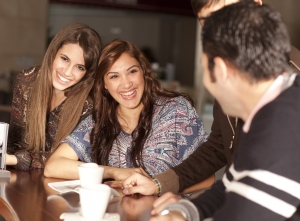 About two years ago I recruited male volunteers who complained of approach anxiety for a little study I wanted to conduct.  I offered to help them eliminate the beliefs causing their approach anxiety so that I could identify what beliefs caused this problem.  A requirement for participation was men who rated their fear of approaching women at least a 7 on a scale of 1-10.

Because most similar problems—like procrastination, fear of public speaking, social anxiety, and fear of rejection—were caused by fewer than twenty beliefs and conditionings, I assumed the same would be true for approach anxiety.

To my surprise I discovered a great variety of beliefs that contributed to this problem. There weren’t just a handful of them—there were dozens.  Moreover, although every subject had some of the same beliefs, almost every one had several different beliefs.

I started the study

The age range of the participants was 20-38, with most in their 20s.  (Had I included women in my study, I probably would have found additional and different beliefs.)

Here is how the subjects described their approach anxiety problem:

I started by suggesting that all the subjects eliminate all the basic self-esteem beliefs on our Natural Confidence digital program.  Although not all of the beliefs would be relevant to approach anxiety, most of them probably would be.  I wanted to get those beliefs that underlie most common problems out of the way before looking for the specific beliefs that made these men afraid of approaching women.

Here’s the list of limiting beliefs related to approach anxiety that I discovered when I actually started talking to the subjects:

I learned several things from my little study.  First, approach anxiety is caused partly by negative self-esteem beliefs.  Second, it also is caused by a few limiting relationship beliefs.  Three, people with approach anxiety sometimes have a few negative beliefs regarding sex.  And fourth, each man had slightly different beliefs about what women wanted that they were lacking.  In other words, whatever qualities they thought they lacked, they assumed women required in a man.  There probably could be scores of such qualities, many of which you can see in the above list.

There is a solution

Despite the large number of beliefs (and some conditionings) that can cause approach anxiety, the number that any given person with this problem has is about the same as people with other common problems.  Thus it is possible to eliminate one’s approach anxiety relatively quickly and easily by eliminating all the beliefs and conditionings that cause it, just like you can eliminate a general fear of rejection, social anxiety, and a fear of speaking in public.

Thanks for reading my blog.  Please post your questions or comments about the cause and cure for approach anxiety.  Your comments will add value for thousands of readers.  I read them all and respond to as many as I can.

If you want to help your friends with approach anxiety learn what causes that problem and what they can do to eliminate it, please share this blog post with them by using the buttons located both at the top and the end of this post.