The Lefkoe Institute is committed to helping individuals dramatically improve their effectiveness and sense of well being in all areas of their lives whether in sports, parenting or general self improvement. We have helped over 12,000 individuals from countries as diverse as Nigeria, India, The United Kingdom, France, The Netherlands, Germany, New Zealand, Australia, New Guinea, Korea, China and Japan. Chicken Soup For The Soul Author Jack Canfield has worked with us and said “Morty’s got a technique that works like magic.” You can hear Jack’s full statement by clicking here.

Many therapists have recognized TLM as a powerful tool for accelerating change in their clients and use it in their practices regularly. Click here to see comments from a number of psychotherapists who use TLM. Not only have clients and therapists found TLM effective but so have independent researchers in two different studies. One study conducted in 1995 showed that The Lefkoe Method eliminated criminal behavior in teen offenders. A report of that study can be found here. The most recent study, published by the journal Clinical Psychology and Psychotherapy in June 2006, showed that The Lefkoe Method eliminates the fear of public speaking in less than four hours. In this latest study people who had a fear of public speaking were treated with TLM and in less than four hours their fear was eliminated. 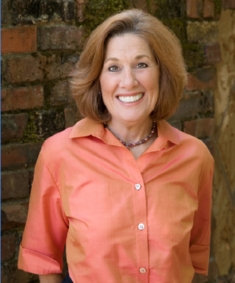 Shelly has personally helped thousands of people worldwide to eliminate the beliefs leading them to have the life they always dreamed of.

Shelly’s passion is helping people be free to live a fully self expressed, joyful life in every aspect of their lives from personal relationships, career, health, parenting and money.

She offers private sessions via skype, facetime or zoom for people throughout the world using The Lefkoe Method (TLM). This revolutionary approach has enabled over 150,000 people to stop a wide variety of undesirable emotional and behavioral patterns. She has personally worked with over thousands of individuals from around the world.

Using TLM she has helped these people handle issues as serious as eating disorders, phobias and depression as well as everyday problems like procrastination, shyness, fear of public speaking and the inability to form healthy relationships. Shelly has also helped numerous business people increase their personal productivity while reducing stress, improve their relationships with colleagues, and transform their family lives with The Lefkoe Method.

Shelly leads many of the courses offered at the TLI. She is a speaker and has done national as well as local media and hundreds of webinars.

Shelly has been a keynote speaker and workshop leader to many parenting and teachers groups and leads workshops that train people to use The Lefkoe Method. She was voted Member of the Year at the Marin Association of Female Executives. However, Shelly’s true passion in life is to transform the way in which people parent. Shelly offers several standard and custom-tailored workshops for parents and teachers. She co-designs and leads most of the workshops.

Morty Lefkoe is president and founder of The Lefkoe Institute. He is the creator of a series of psychological processes (The Lefkoe Method) that result in profound personal and organizational change, quickly and permanently.

He has written a book about the Lefkoe Belief Process (LBP), Re-create Your Life: Transforming Yourself and Your World (Andrews McMeel, 1997; trade paper version, DMI Publishing, 2003). The book explains how the LBP works, how it is significantly different from most forms of psychotherapy, its spiritual implications, and how its principles can be applied to parenting, health, business, and social change. It also includes several case histories involving clients who have successfully dealt with dysfunctional patterns. Morty has also written an essay that details research on the mind-body connection in sports and his work with athletes. You can get a pdf of the article by clicking here.

Morty has written over 100 articles and columns for many publications, including the Wall Street Journal and theNew York Times. He has appeared on over 100 radio and TV shows, including Today,Leeza, ABC World News Today, and Fox Cable News. His work has been written about extensively in the New York Times and a number of other publications.

A member of the American Counseling Association, Morty has written articles describing the Lefkoe Method for The California Therapist (Sept-Oct 2001, Vol. 13, Issue 5), The Group Therapist Perspective (Oct-Nov. 2001), and the California Psychologist (December, 2001).

He has spoken before such groups as the American Management Association, Vistage (formerly TEC), American Psychotherapy Association, American College of Counselors, American Association of Integrative medicine, National Wellness Coalition, Managed Health Care Congress (NE), Association for Fitness in Business, and American Psychological Association-National Institute for Occupational Safety & Health. Morty also has presented The Lefkoe Method to many other groups of psychotherapists, including in-service training at many mental health facilities. You can see video of one of his talks by clicking here.

He has conducted well over 200 seminars for groups of Chief Executive Officers on “A Proven Method for Successfully Instituting Change” and “Limiting Beliefs, Business and Personal: How to Identify and Eliminate Them.”

Morty received his B.A. from the University of Chicago, where he also attended the Graduate School of Business.

He resides in Novato, CA with his wife, Shelly.  One of his daughters attends college at Washington University in St. Louis and the other at the University of Hawaii.