How can you end negative feelings without the danger of suppressing them?

Home/Uncategorized/How can you end negative feelings without the danger of suppressing them?

Some time ago, I said to an acquaintance “It’s possible to give up having negative emotions” and he said, “But if you suppress your feelings they’ll just come back when you least expect them.  They’ll mess with your mind and make you sick.” 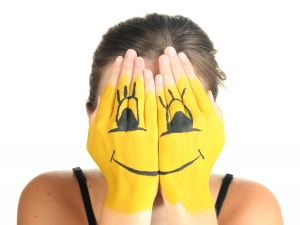 This wasn’t the first time someone has responded that way to my message.

Many people assume that “not having a feeling” means really having it but suppressing it.  They think you can only push a feeling out of awareness not change it.

Because a few of you might share this idea (or at least know people that do), I thought it might be useful to show you the distinction between suppressing feelings – which I agree is damaging – and getting rid of the causes of feelings (meanings) – which can be freeing.

The desire to escape discomfort

If you experience an emotion that feels uncomfortable—one you wish you weren’t feeling, like fear, or deep grief, or overwhelming rage—there is a tendency to want to stop the feeling. It doesn’t feel good to have such a feeling, so we want it to go away.

The only way most people know of to make such emotions go away is to suppress them, in other words, to block them from our awareness. That can prove difficult to do, but even when we succeed, the suppressed emotion is likely to have negative psychological and physiological effects. We may not be consciously aware of the emotion, but it is still affecting both our behavior and our body.

What happens when we try to suppress our feelings?

Most of us probably have had the experience of “pushing away” our anger and then at some later time finding ourselves experiencing anger way out of proportion to an event. What happened is that we were “anger” waiting to happen and the first event that gave rise to anger opened up the floodgates to the anger we had been bottling up. In other words, the anger (or any other emotion) doesn’t go away; we just aren’t aware of it.

Dr. Lynda H. Powell, currently Professor and Chairperson, Department of Preventive Medicine, at Rush University, has done extensive research on the relationship between mental states and heart attacks. She points out that

What we’re starting to realize now is that anger and hostility are associated with coronary disease.

… Hostility and cynical mistrust are consistently associated with coronary artery disease. The constant ongoing vigilance associated with being mistrustful appears to promote coronary heart disease by speeding up the deposition on the atherosclerotic plaques on the walls of the arteries.

How we think this happens is that the hormones which enter the bloodstream during times of stress act to keep the sticky LDL Cholesterol, which is considered the bad type of cholesterol, circulating in the bloodstream longer, and this increases the rate of blockage of the coronary arteries.

But if negative emotions are dangerous, the solution is not to suppress them, as that does not make them go away. It only removes them from awareness and they keep affecting us psychologically and physically.

If suppressing feelings doesn’t work, what does?

For example, if you ask someone to do something for you and he doesn’t do it, and you give it the meaning, “He doesn’t care about me,” you’ll probably feel upset. If you realize that his failure to get what you asked doesn’t necessarily mean that, that the event has no inherent meaning and you dissolve the meaning, the upset will disappear.

You can get walked through the Lefkoe Freedom Process for dissolving meaning in my TEDx talk.

The only thing better than learning how to dissolve meaning whenever you notice a negative emotion is dissolving meaning often enough that you bypass your brain’s meaning-making mechanism, so that you rarely give meaning to events. You also can get to the point where the few meanings that do sneak though can be dissolved automatically in a split-second.

If you don’t like experiencing negative emotions, there is an alternative to suppressing them. Try it today. It really works.
Thanks for reading my blog. Please post your questions or comments on why suppressing emotions is unhealthy and unnecessary to relieve discomfort. Disagreement is as welcome as agreement. Your comments add value for thousands of readers. I love to read them all and I will respond to as many as I can.