There aren’t any Universal Truths—including The Lefkoe Method

Every week I write a blog post on how to use the various processes of The Lefkoe Method (TLM) to change something in your life, for example, how to stop undesirable behavior and feelings, how to stop stress and emotional suffering, and how to start taking actions you keep putting off. 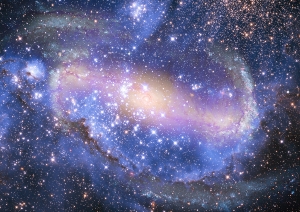 I think what I say is true, but … and here comes a big “but.” Because all knowledge is contextual and what we “know” to be true often turns out years later to be only a partial truth, there is nothing I’ve said about TLM that is true for all people, under all circumstances, for all time.

I thought all feelings were caused by beliefs

For example, for almost 12 years I thought that our feelings were caused by beliefs and if one could identify and unlearn all of the relevant beliefs, the feelings could be eliminated. For example, if people made a mistake and had the belief, Mistakes and failure are bad, they would feel fear. Unlearn the belief and making a mistake would no longer cause fear.

That worked (and still works) for many people for many feelings, but for some people, eliminating beliefs wasn’t enough to make feelings disappear. They needed something more.

I finally realized that stimulus conditioning caused many of the feelings that many people experience. For example, many people become conditioned to experience fear when they don’t live up to people’s expectations. When I discovered that I had to create the Lefkoe Stimulus Process to help people break the connection between a stimulus and their negative feeling. So it was still true that beliefs were the cause of feelings and that eliminating beliefs would eliminate feelings, but it was only partially true.

Then about 25 years after I created the Lefkoe Belief Process, I realized that although beliefs and conditionings were usually the ultimate cause of our feelings, our occurrings—the meaning we give to events at the time—were the immediate cause of most of our feelings. For example, if you ask someone you have a close relationship with to do something for you and he doesn’t do it, that failure would occur to many people as: He doesn’t care about me; if he did he would have gotten what I asked for. That occurring is what causes the feeling of anger or annoyance.

Conditionings still did cause some feelings and beliefs were still very relevant as they were the source of most of our occurrings, but what I thought was a universal truth was only partially true.

Here’s another example of this point: I’ve said for almost 30 years that our behavior is the result of our beliefs. Unlearn your beliefs and a change in behavior becomes almost automatic and is certainly very easy.

I still think that is true … for the most part. But after studying adult stages of development I now realize that some of our behavior is largely a function of our stage of development. Beliefs are still very relevant and most behavioral problems—such as procrastination, trying to impress people, and being stopped by fear—can be changed totally by eliminating the relevant beliefs.

But our overall mindset, our values, and how we perceive the world is determined to a great extent by our stage of development. And that often determines our behavior.

I’ve realized that many of the processes I’ve created and ideas I’ve had about human behavior—that initially seemed like the full explanation for something—have turned out to be only partially true. I’m not questioning the effectiveness of TLM; I’m only stating that it is not a universal truth. I often discover a wider truth that includes what I had previously thought to be true, plus more.

This is true for all areas human knowledge. For example, quantum physics didn’t disprove Newtonian physics, but it showed that Newtonian physics was only a partial truth, applicable only to certain aspects of reality, not all of it.

At present I don’t know of anything that is as effective as the Lefkoe Belief Process for unlearning beliefs and the Lefkoe Freedom Process for dissolving occurrings.

And yet it might well be that our beliefs exist in us in the form of energy and someone who is able to see and interact directly with energy might be able to move energy in such as way as to permanently eliminate a belief that way, instead of with language like the Lefkoe Belief Process does. We can help people permanently unlearn a belief in 10-20 minutes. That’s a hell of a lot faster than most other systems. And yet, maybe someone will find a way to do it in a couple of minutes by manipulating our energy.

So here’s the bottom line: I’ll keep creating new processes (there are nine separate ones that constitute The Lefkoe Method at present) and telling you how to use them to significantly improve the quality of your life. I won’t tell you anything that I don’t have significant evidence for. And what I tell you will usually work for most people.

Nonetheless, someday I or someone else might well discover that what I’ve been telling you is only a partial truth and they or I have new processes or theories that transcend and still include what I’ve been saying.

What are some things you are convinced are universal truths? Are you sure?

Thanks for reading my blog. Please post your questions or comments on my contention that all knowledge is contextual and how what we are convinced are universal truths often turn out to be only partial truths. Disagreement is as welcome as agreement. Your comments add value for thousands of readers. I love to read them all and I will respond to as many as I can.