Things aren’t always what they seem

A little over three years ago we received a notice from our landlord (we had been renting a house ever since we arrived in California eight years earlier).  He notified us that the house we were living in had gone into foreclosure and we were going to have to move in a couple of months. 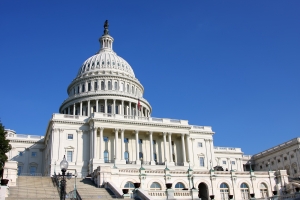 At the time it seemed as if nothing could have been more upsetting.  We now had to find another house that met all our needs, spend weeks packing our household possessions, move our office (that was in our home), change all the utilities, unpack at the other end, etc. … all without missing a day’s work!

And then I stopped for a moment and said to myself: It seems right now that I have just encountered a really unpleasant situation, but do I really know how it will turn out and how I will feel in a few months?  Maybe we’ll end up with a much nicer home, at which point the move will have been worthwhile.  As I had these thoughts, the upset stopped.

It turned out that we found a much bigger house, with more light, a beautiful back yard, in a great location—for less money that we had been paying.  We had a lot of friends help us pack and unpack, and we got rid of a lot of stuff we had accumulated that we didn’t really need.  The need to move, which initially had seemed like such terrible news, turned into a very positive thing for us.

A Sufi story is a good metaphor

An old Sufi story that I tell regularly in courses helped me realize that a move that seemed like a disaster at the moment might turn out to be something very good:  One day a farmer finds and captures a beautiful white stallion.  All the neighbors gather to congratulate him: “How fortunate you are.  Allah has blessed you.”  The next day his son attempts to ride the horse, falls off, and breaks his leg.  All the neighbors gather to commiserate with the farmer: “What a shame.  Allah must be displeased.”  The next day the solders come to take every able-bodied man into the army.  Because the son has a broken leg, the soldiers leave him alone.  The neighbors gather to congratulate the farmer: “How fortunate you are.  Allah has blessed you.”

And the story continues.  Is any given event really good or bad?  There is no way to know because what looks bad (or good) on any given day might turn out to be just the opposite several days later.  Or, as I’ve said on more than one occasion, events have no inherent meaning.

I thought of this parable the other day when reading about the government shutdown and the Republican demand that Obamacare be defunded before they will vote to open the government and raise the debt limit.  Most Democrats are very unhappy about the shutdown and most Republicans don’t think shutting down the government for a few weeks is a real problem.  But when I read that the public is blaming the Republicans for the standoff and many more people would likely vote for a Democratic representative rather than a Republican representative, possibly leading to the Democrats taking back control of the House, the current situation could be “good” for the Democrats and “bad” for the Republicans.  Which is it?

Even if you assume the worst and a significant economic downturn results from a default on our debt, if it leads to a change in the way our federal government does business, it might turn out to be worthwhile in the long run. Closing the government and defaulting on the debt has no inherent meaning and, depending on when you ask the question, the answer could change.

Is bankruptcy a failure?

The book, Success Built to Last, has many examples of successful people who explain that their ultimate success was the result of bankruptcies (“failures”) earlier in their lives.  What seemed like a disaster at the time turned out to be the event through which they learned what they needed to learn to be a huge success a few years later.

In such cases, was the bankruptcy really a failure?  It certainly seemed so at the time, but if it led to financial success later on, it was the best thing that could have happened.

The purpose of my telling you all these stories is to get you to stop assuming that an event that seems like a disaster at the time really is a disaster.  It is just as likely to lead to a “good” result a little later as not, at which point the disaster has become a “blessing in disguise.”

You don’t have to wait for months to realize that today’s disaster is not necessarily so.  You can never know the future for sure.  Instead of getting upset over apparent disasters, recognize that events have no inherent meaning.  No mater how bad the circumstances might look now, you never know if they might lead to something wonderful that couldn’t have happened without today’s “disaster.”

If you haven’t already seen my TEDx talk on how to stop suffering, I urge you to view it as it will provide some very useful information on how to dissolve the meanings that cause emotional suffering: http://www.youtube.com/watch?v=sMdVM-t5kFs

Thanks for reading my blog.  Please post your questions or comments about how things are not always what they seem and how to recognize that at the time instead of months later.  Your comments will add value for thousands of readers.  I read them all and respond to as many as I can.

I have to tell you that you really broke something open for me when you shared your story about creating obstacles for yourself, because you thought your value was in how hard you could work to overcome those obstacles. Listening to you was a major "Aha!" moment for me - I realized I had been doing the same thing! I've experience enormous and recurring relief, knowing that I don't ever have to struggle again, and I'm perfectly worthwhile. Opportunities that I have been wanting for a long time have come pouring through the door since that "Aha!" moment...so thank you for putting your material out into the world!"
-Carey Peters, Co-founder, Holistic MBA
View our Table of Contents
Page load link
Go to Top