Some beliefs are a bit shy and don’t come out when we ask them to at first. So we need a way to allow them to emerge. The thought discovery method, is one way to get them to come to the surface. 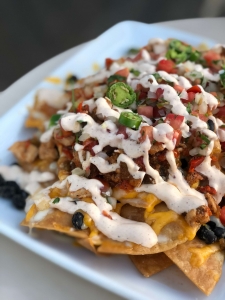 When the maitre d’ of The Victory Club in Mexico, saw a group of American women enter his restaurant in 1943, he had mixed feelings. He was glad to have the business of course. He enjoyed serving these ladies who came in often. But there was a problem. He couldn’t find his chef. Not wanting to turn away paying customers, he went into the kitchen to look for something he could serve.

He didn’t find much.

All he had was cheese, jalapenos and chips. What could he do with such meager ingredients? He decided to put them into an oven to melt the cheese over the chips and jalapenos. As a result, he created a new dish. Since Ignacio was often called nacho for short, the dish was called nachos.

Ignacio’s invention was a bit unexpected.

He certainly didn’t think he’d create a new dish when he woke up that morning in 1943. This is similar to what happens when you go in search of limiting beliefs, you too may find something you don’t expect. Especially, when you use a technique for finding beliefs we call the Thought Discovery Method.

The Thought Discovery Method is a way to use the mind’s tendency to wander to find limiting beliefs. It often helps clients discover limiting beliefs they didn’t know they had.

To use this technique, you do the following:

First define the issue you are working with

Then you imagine a specific situation in the future in which the problem shows up.

Next, you take a moment to notice the feelings and thoughts that show up and write them down.

Finally, you ask “What would someone have to believe to have these thoughts and feelings in this situation?”

Annie had a fear of public speaking. When I asked her to imagine speaking in public in the future, she could feel some nervousness. When I asked her to notice some thoughts, she paused for a moment then said “I’ll do a bad job. I’ll forget what I have to say. I’ll be embarrassed.” Each of these thoughts helped us find some limiting beliefs.

I’ll forget what I have to say led us to” I’m not smart enough.”

I’ll be embarrassed came from “What makes me good enough is impressing others.”

Another client I worked with named Thandie was procrastinating when writing her book, I had her imagine writing the book. Her thoughts were “I’ll screw it up. I’ll start and won’t finish, so why bother.”

I’ll screw it up led to “I’m not competent.”

I’ll start and won’t finish came from “I don’t have what it takes to complete things.”

As is typically the case, many of the thoughts helped us discover limiting beliefs.

But what if you don’t have any thoughts? What do you do then?

Try this experiment. Sit silently for a few moments and think of nothing.

Really do that. Think of nothing for maybe ten seconds or so.

It’s likely thoughts showed up without you trying to make them show up. Even people who’ve meditated for years say their mind is rarely empty for long. The mind is a thinking machine. What can sometimes happen when a person says they have no thoughts when imagining a problematic situation is that they think the thoughts are not relevant. Here’s a clue: They are all relevant.

One mistake that can get in the way is holding onto an idea of what thoughts you should be finding. Instead, write down every thought that comes to mind.

Using thoughts to look for limiting beliefs is just one way we help our clients discover all the obstacles in the way of producing lasting change. We teach a course that teaches you how to eliminate a limiting belief in 30 minutes. You learn our 8-step process with tiny increments. By the end you will feel a sense of mastery. To join the course, you must be on the waiting list first. Click here to join the waiting list.