Of course I worry about what others think. Doesn’t everyone?

One of the most devastating problems people have is so common that nearly everybody views it as “human nature.” Few people even try to get rid of this ever-present problem because they assume it’s part of the “human condition.” 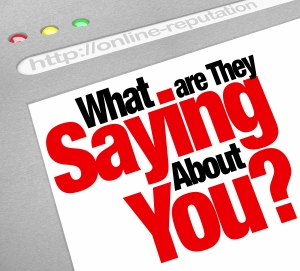 What is this ubiquitous problem?

Constantly worrying about what others think and frequently doing things just to get people’s approval.

How you know if you
have the problem

How do you know if you are one of the tens of millions of people who have this problem?

Do you often walk away from people thinking, “Did I say the right thing?” “Did I offend someone?” “Should I have said or asked …?”

Do you frequently hear that “little voice” in your head saying: “What will they think?”

Do you often feel you need to be a certain way to be accepted and you can’t just be yourself?

How? By eliminating the beliefs that cause them. Although this problem can be caused by different beliefs in different people, there is one specific belief that anyone with this problem almost certainly has: What makes me good enough is having people think well of me.

How this belief is formed and why it is so common

Today, I’m going to tell you how this belief is formed, why so many people have it (maybe even you) and how getting rid of this belief will transform your life.

Early in life many of us form negative beliefs about ourselves like I’m not good enough.  (Almost every one of the 14,000 clients we’ve had from almost 252 countries around the world has had this belief.) Because most parents expect children to do things that are unrealistic for their age (such as be neat, quiet, and come when called at the age of three or four), and because most parents get frustrated, annoyed or angry when their children don’t do what they’re told, most children conclude “there must be something wrong with me” when mom and dad are upset with me so often, or I’m not good enough.

Because our beliefs about ourselves are usually formed during the first six years of life, most of us already have this belief when we leave our homes and go out into the world of teachers, other kids, school, etc. Obviously a belief like this would make us think as we start school: “How can I interact with other people effectively and how will I make it in the world if I’m not good enough?”

And those thoughts, in turn, would lead to us feeling “not okay” about ourselves and anxious to some extent.

The belief gets formed

And then one day a solution appears. We do something that our parents (or perhaps a teacher or coach) like and they give us a very positive response. How does that make us feel? Happy and very good about ourselves.

The first few times this happens we have an occurring: The way to feel good enough about myself is to have others think well of me. And then after this progression of events is repeated a few times and we have isolated occurrings each time, we form a generalized belief: If I didn’t feel good about myself, and then after getting praise and/or positive attention I do feel good about myself, what that means is: “What makes me good enough or important is having people think well of me.”

This is a very special type of belief. It is a belief that tells us what needs to happen in order to experience being okay. And when it doesn’t happen we don’t feel very good about ourselves.

Well, if we don’t experience being good enough the way we are and we need something outside ourselves to become good enough, how often would we want that outside something to occur? All the time! Anytime anyone doesn’t like us, rejects us, or thinks poorly of us, or doesn’t include us, we have failed at our “survival strategy”—our method for making us feel good about ourselves. At that point the underlying belief: I’m not good enough, is uncovered and stares us in the face, leaving us feeling not good enough and producing some level of anxiety.

As a result, the need to have others think well of us is experienced like a drug addiction by many people. When they achieve it they feel good for the moment, but it’s only a matter of time before they need another “fix.” At that point they become obsessed about getting it.

It now should be clear why so many people are obsessed about what others think about them: Most people have the belief I’m not good enough (or some variation of it) and “having people think well of me” is the remedy most of us have found to cover up the anxiety that stems from having that belief.

If the obsession about having people think well of us is a direct result of having several beliefs, the way to get rid of the obsession is to get rid of these beliefs. You can eliminate I’m not good enough using our free interactive web program at http://www.recreateyourlife.com. You also can buy a program that will enable you to eliminate, What makes me good enough is having people think well of me, as well as a number of other crippling beliefs. See our Natural Confidence program at http://recreateyourlife.com/naturalconfidence.

Thanks for reading my blog. Please share your thoughts about most people’s need to have others think well of them and how it is not human nature.

Disagreement is as welcome as agreement. Your comments add value for thousands of readers. I love to read them all and I will respond to as many as I can.