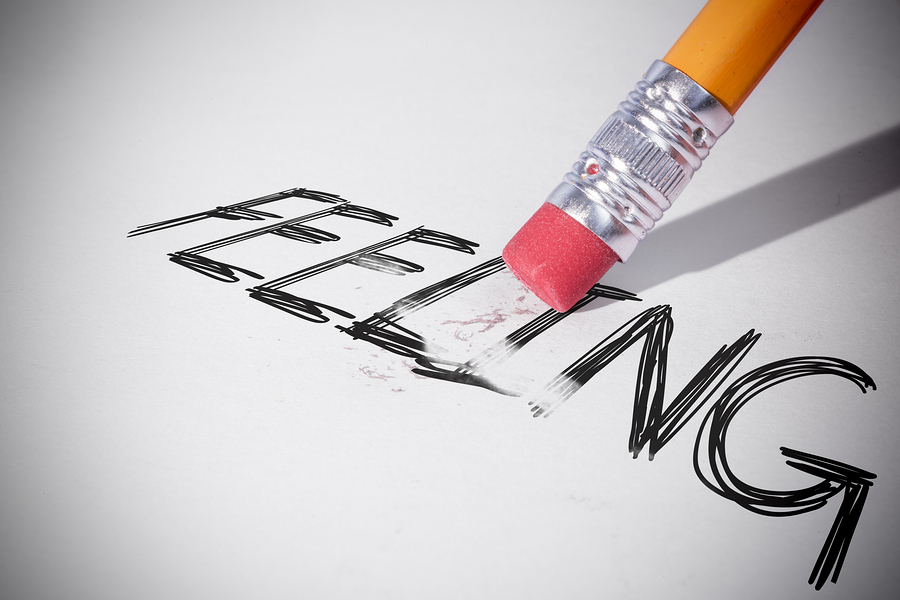 One mistake I’ve made was thinking that because most people think they can “see” their beliefs “in the world,” everyone could. When I realized I had made a mistake, I had a breakthrough. Actually, “mistakes” are like course corrections, in other words, you realize that your solution to a problem isn’t working, which gives you the opportunity to find an even better solution—a breakthrough.

Here’s how my mistake led me to a breakthrough that will be beneficial to millions of people.

The Lefkoe Belief Process (LBP) is so effective because people using it unlearn their beliefs. In other words, most (visual) people think that they can “see” the belief as inherent in the events that gave rise to the belief. For example, if your parents were critical when you didn’t live up to their expectations, you might conclude I’m not good enough. At the time it would seem to you as if mom and dad’s comments and behavior inherently meant I’m not good enough. So it seems like the meaning we ascribe to events is inherent in the events, as if you can “see” the belief “in” the events, just like yellow is inherent in a lemon.

When you realize the belief (the meaning you ascribe to the event) is not “in the world,” that it is only in your mind, the belief is unlearned and rarely comes back.

The Lefkoe Belief Process worked with thousands of clients

Because most people could see the belief and then unlearn it when they realized they couldn’t really see it in the world, I assumed that everyone should be able to do it. When they said anything other than “I did see it,” we assumed we were not being clear and we tried to explain over and over what we meant so they would agree that they saw the belief. That was my mistake.

After many years I finally realized that not everyone is visual and that emotionally kinesthetic (K) people (about 10-15% of the population) know reality more through their feelings than visually.

So I added a couple of steps to the LBP for these people. This revised LBP was more effective than the original version for many K people, but many of them told us that their beliefs came back after a couple of days or a couple of months. Sometimes if they used the LBP with the new “K” steps several times on the same belief, it stopped coming back, but not always.

We needed a new process for K people

Finally I decided we needed a brand new process for K people. After getting feedback from a lot of K people and having several of our Certified Lefkoe Method Facilitators trying different versions of a new LBP-K Process with different clients, we had a new process. We are now on version 14 and, based on a lot of feedback, it seems to work almost all the time to permanently eliminate beliefs for K people.

I promised in last week’s post that I would provide the actual steps of the LBP-K Process for those of you who are K or who want to help K friends of yours eliminate a belief. I can’t guarantee that everyone will be successful using this process without training, but some of you might and it’s worth trying.

Please leave any questions or comments in the comment section below.

1.  Close your eyes, go inside, and find your feeling related to (words of the belief). Just try to experience this feeling as fully as you can right now.

[Give the client a moment to think.] … Now that the feeling is real, can you get that (words of the belief) is a good way to describe that feeling to me? … But we are going to be dealing with the feeling, not the words that describe the feeling.

2.  What are the earliest events in your life that seemed to cause the feeling, (words that represent the belief)? What was going on?

3. What are several different meanings or interpretations you can now give the same earlier events? [Help the client identify three additional interpretations or meanings.]

4. If the earlier events can have many different meanings, can you get that there isn’t a single inherent meaning? In other words, do you know anything for certain as a result of the events? [The answer should be: no.]

5.  Is it real to you that the feeling you had as a child and still have today is the result of the meaning you gave the meaningless events you just mentioned? [The answer should be: yes.]

6. The feeling feels very true, doesn’t it? … Imagine being a little kid and experiencing the events you just described right now. Also imagine giving the events happening to you right now in your imagination a different meaning. Choose a different meaning from the list of alternative interpretations you just created. What meaning do you want to use? … When you do, do you still feel (words that represent the feeling)? [The answer should be: no].

Also, notice that a feeling that you experienced as absolutely true disappeared when you gave the events a different meaning.

9. Go inside. Is the feeling (words that represent the feeling) still there? [The answer should be: no.]

There’s nothing new to report regarding my health since my last update.

Thanks for reading my blog. Please post your questions or comments about the need for self-discipline. Disagreement is as welcome as agreement. Your comments add value for thousands of readers. I love to read them all and I will respond to as many as I can.