What is the single biggest barrier to achieving your dreams?

Home/Uncategorized/What is the single biggest barrier to achieving your dreams?

If you really want to understand why you haven’t achieved what you want—why you haven’t been able to manifest your dreams—answer the following five questions.

If you answered, “yes,” to any of these questions you probably have a fear of failure.

Let me explain why. 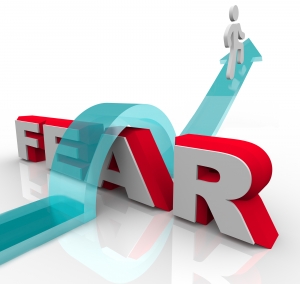 In other words, the fear of failure is one of the biggest barriers we have to making our dreams real

The fear of failure is not human nature

Because so many people fear failure it is often considered to be human nature. I disagree. Yes, it is common, but this fear is not inherent in being a human being. How do I know this? Because I’ve seen so many people totally extinguish this fear once its source has been eliminated.

In order to understand why a fear of failure is so common you first need to understand the cause of the fear. The primary cause is three beliefs and one conditioning. The beliefs are: Mistakes and failure are bad, if I make a mistake or fail I’ll be rejected, and what makes me good enough or important is having people think well of me. (Other beliefs that also can be involved are I’m not good enough, I’m not capable, I’m not competent, and I’m powerless.)

Let me explain how these three beliefs—which most children form in childhood—necessarily lead to a fear of failure. First, if you think it is bad or wrong to fail, you will fear it. Second, merely thinking you will be rejected if you fail is not sufficient to cause fear. If, however, you base your sense of self-worth on what others think of you, then expecting others to reject you when you make a mistake will lead to you feeling something is wrong with you as a person—and that will cause fear.

The conditioning is: fear associated with failure, in other words, you are conditioned to automatically feel fear when you fail or even think you might fail. (One other conditioning that is sometimes involved is fear of rejection.)

If every time you didn’t live up to mom and dad’s expectations as a child they indicated you had failed at doing what you were supposed to have done—and then they got upset with you—you would condition any type of failure to produce fear.   For details on how stimulus conditionings are formed please see https://mortylefkoe-com-files.s3.amazonaws.com/LStimulusP-For-Training-102510-230pm.pdf.

How to get rid of fear of failure

Once you recognize the source of the fear, the solution is simple. Eliminate the three beliefs and decondition the conditioning. You can eliminate Mistakes and failure are bad on our free belief-elimination program at http://recreateyourlife.com. You might be able to eliminate the other two beliefs on your own using a modified version of the Lefkoe Belief Process, which you can find at https://www.mortylefkoe.com/eliminate-fear-stops/. And you can de-condition failure as a stimulus for fear using the steps of the Lefkoe Stimulus Process: http://www.decisionmaker.com/docs/LStimulusP_Steps.pdf.

Some people are able to eliminate beliefs and conditionings on their own. If you cannot and want some assistance, you can purchase our Natural Confidence program, an interactive program (DVD or streaming video) that helps you eliminate 19 of the most common limiting beliefs and four of the most destructive conditionings, including the ones that usually cause a fear of failure. http://recreateyourlife.com/store/natural-confidence.php

Regardless of whether you do it alone or with assistance, getting rid of the fear of failure is probably the single best thing you can do to get what you want in life.

I wrote last week that I expected my next CEA blood report (a measure of the amount of cancer in my body) to be under 5, which is normal. Actually, my intuitive voice told me it would be 3.7. The actual number last Thursday afternoon was 3.4. A PET scan probably would show no cancer cells in my body.

My oncologist said that it is still possible for there to be cancer cells that are too small to be seen (or measured) and she recommends surgery to cut out a piece of my colon and liver, where the cancer used to be, just to make sure. I declined.

Something or some combination of things (as I wrote about last week) reduced my CEA level to normal in only seven weeks.

If I have any additional insights about what I did or how I did it, you can be sure I will share them with you.

Thanks for reading my blog. Please post your questions or comments on why the fear of failure is the biggest single barrier you have to having your life be the way you want it to be. Disagreement is as welcome as agreement. Your comments add value for thousands of readers. I love to read them all and I will respond to as many as I can.